Posted at 16:13h in Case History by silvia

In October 2008 a 60’ open carbon hull sailing boat shipwrecked during a regatta. The accident occurred next to the North Western Sicilian coast further to the vessel rudder breakage whilst racing, due to and joint to some very unfavourable sea-weather conditions.

As surveyors for the hull Underwriters, we appointed a local shipyard to watch the vessel, which was taken by the sea storm to a sandy beach bordered by rocks. In order to set the yacht free from the rocks and the sand an excavator was used and blocks of polystyrene were positioned all inside the yacht interiors to ease the yacht floating and therefore the towage. The hull was later taken to the Sicilian shipyard.

Through the involvement of one of the best specialists in the Mediterranean for the carbon fibres ships repair, we proved that the vessel recovered was repairable without generating a  “constructive total loss”.

The Underwriters were therefore able to save a considerable amount, reaching an economic agreement with their Assured, who renounced to the vessel property.

Thus, the Underwriters became the new vessel owners and, on their behalf, we took care of the custom clearance for the import and of all technical and administrative tasks with the Italian Ship Registry, finding out a repairer in Italy. 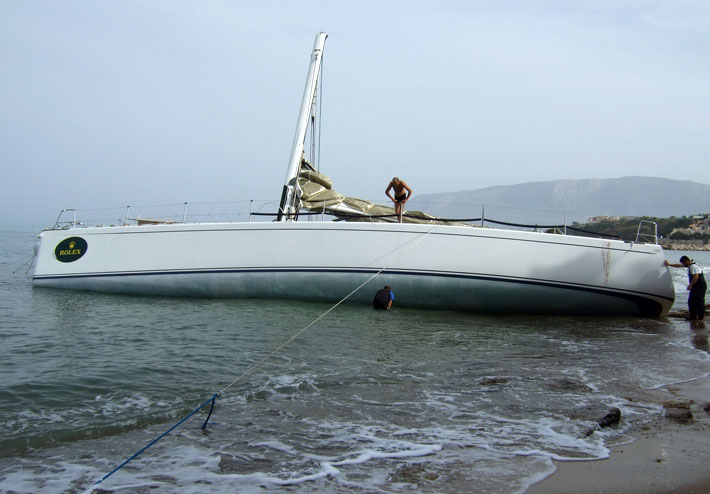 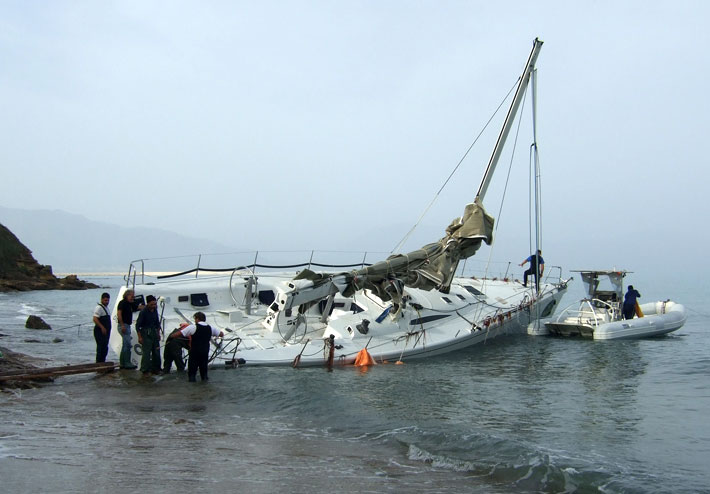 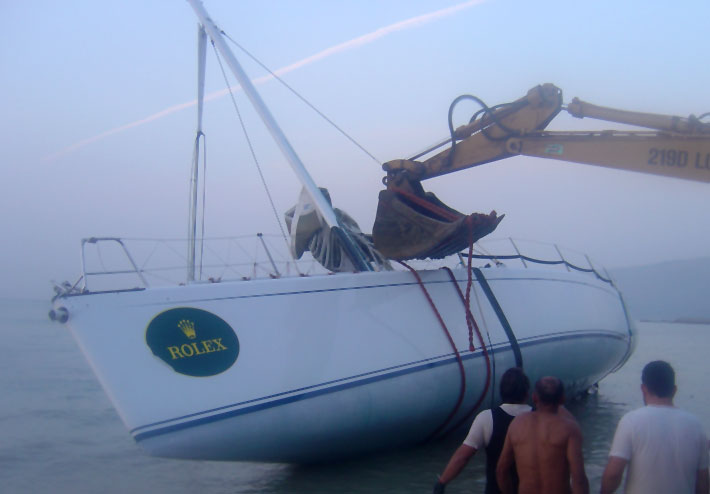 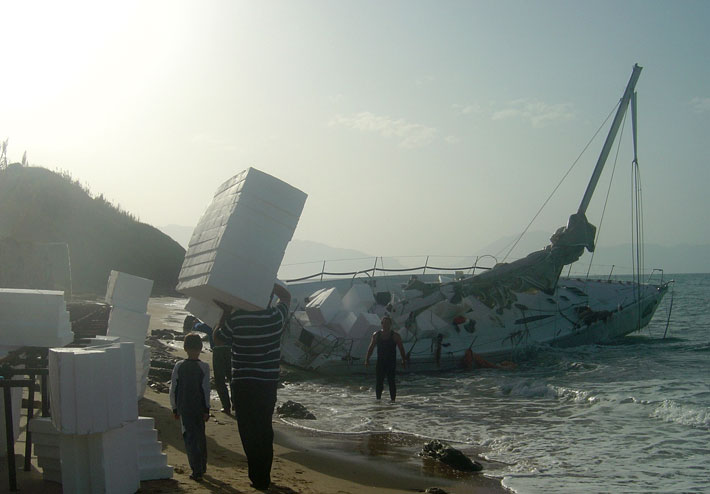 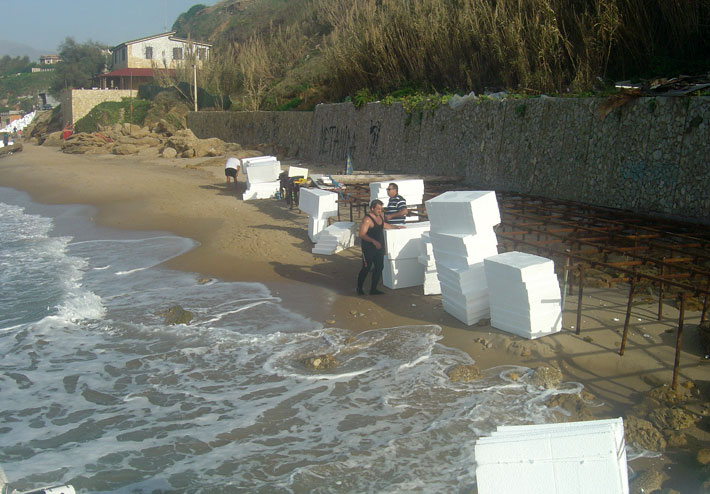 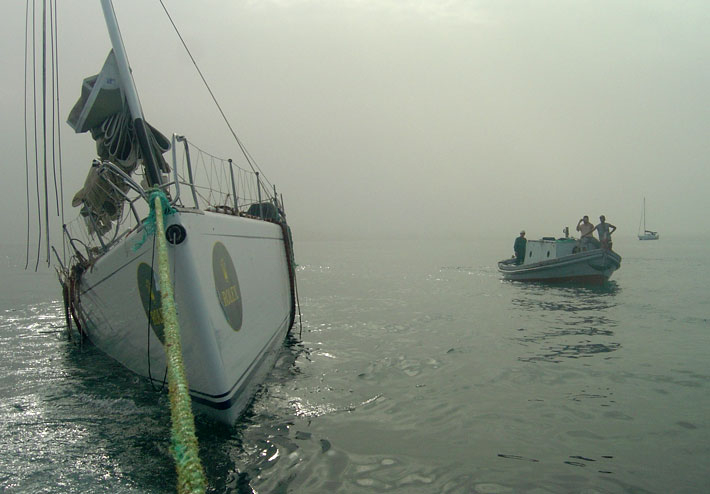 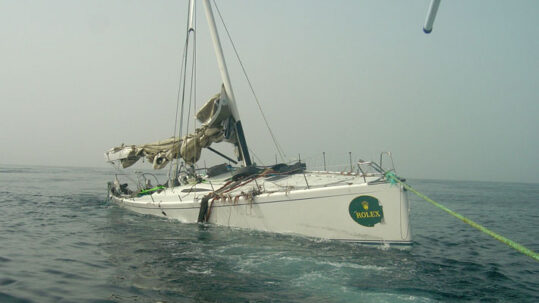